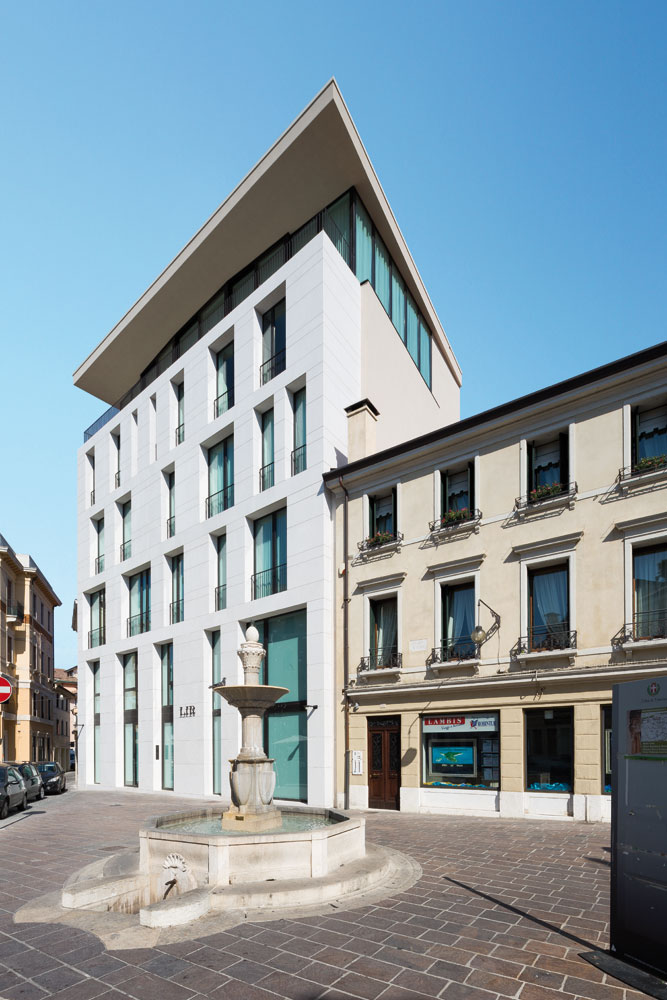 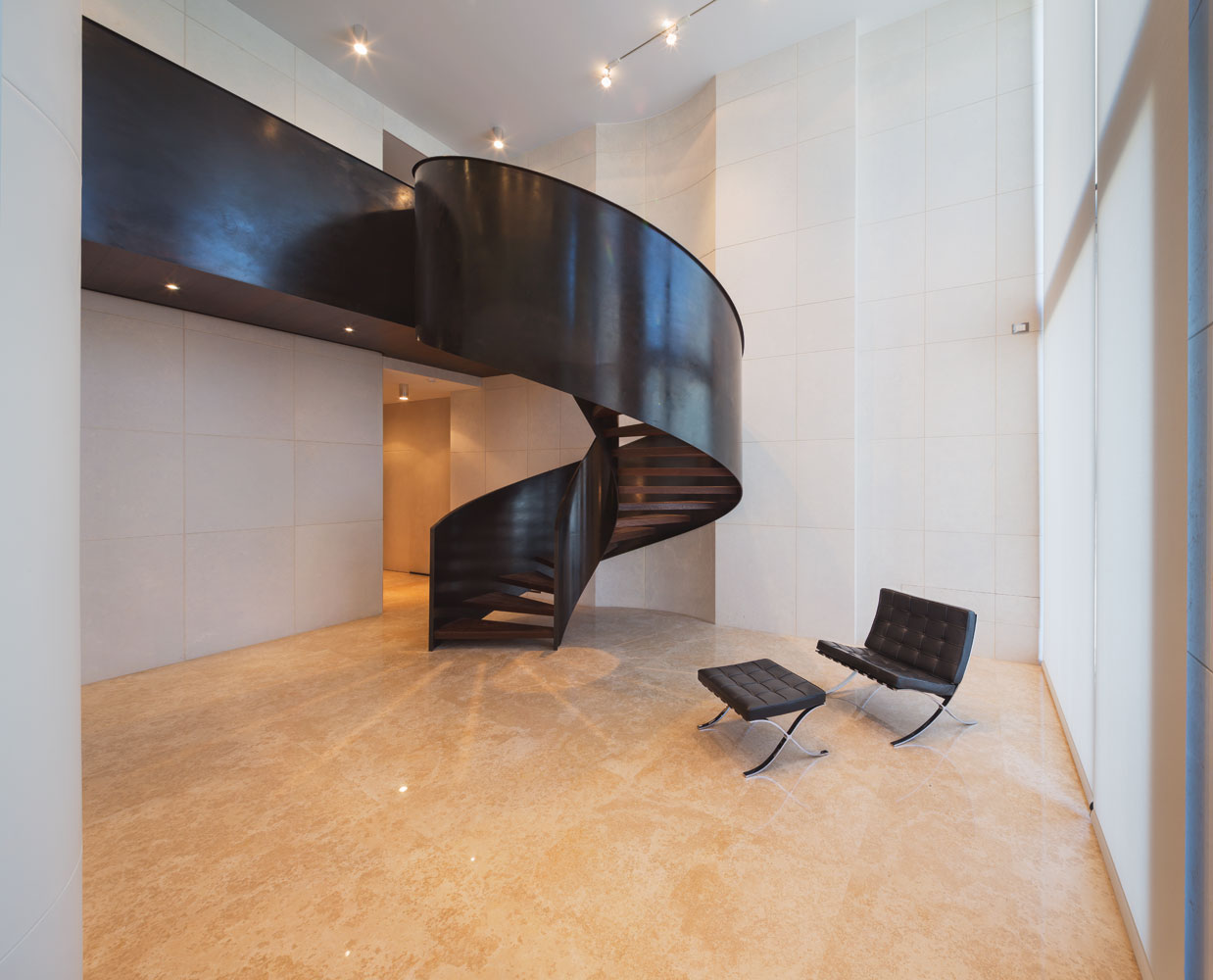 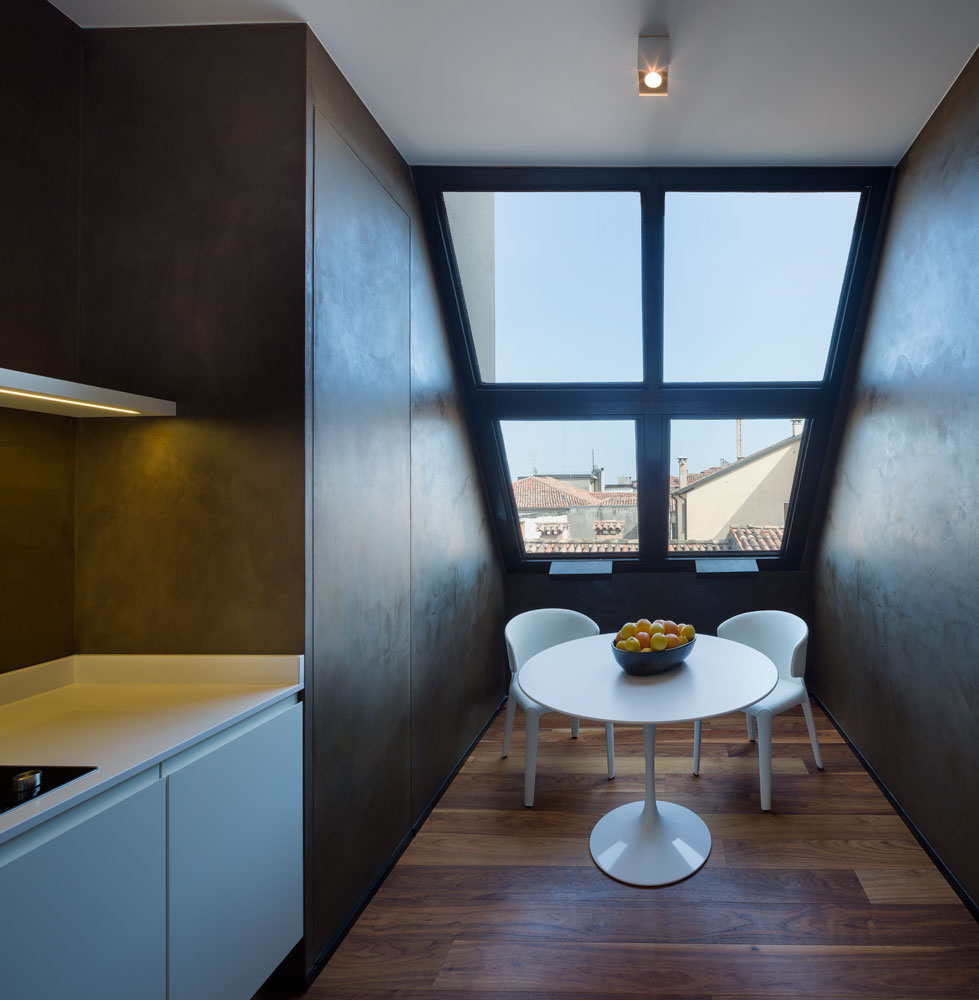 Located in the refined surroundings of San Vito Square in Treviso, this 1950s-built structure, was restored and transformed with Astec’s ABX® products with high thermal performance and sound proofing qualities.
The inside of the building has been re-defined by the creation of seven levels from the ground floor up to the roof terrace. The first three floors are used for management offices, accessed by a double height entrance that houses a burnished steel and bronze helical staircase custom made by Astec as a single unit. A large window gives a link to the outside, frames the scale, and fills the interior with light, as well as giving a suggestive view of the piazza.
On the top four floors of the building are two residential units. A panoramic roof terrace covers the building and looks out over the city, enhanced by an architectural bronze and glass winter garden made by Astec.
The work of the doors and windows on the attic level is significant: here a large living room opens up onto the old centre with three walls made entirely from Astec’s architectural bronze ABX® sliding doors to allow access to the panoramic terrace.
All of the façade’s doors and windows are made with the ABX® line of products by Astec, including of custom internal partitions and garage doors.
Astec’s passion for detail is clear in all elements, including the intercom plates and letter boxes, all made ad hoc by Astec according to the building’s style.