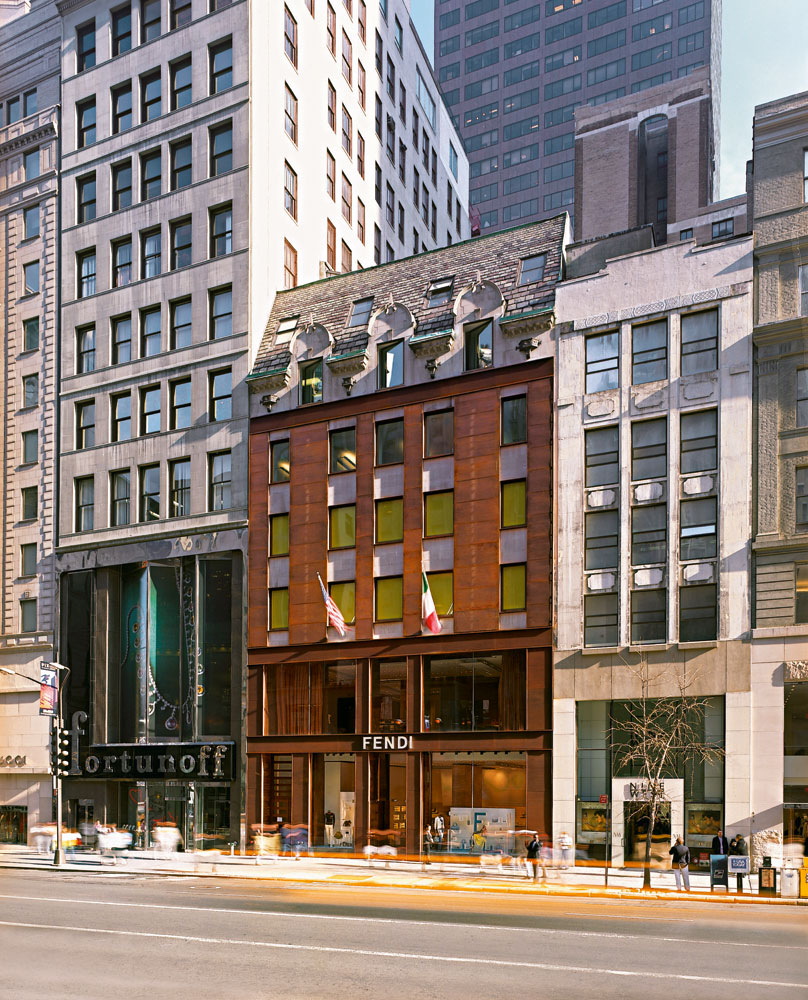 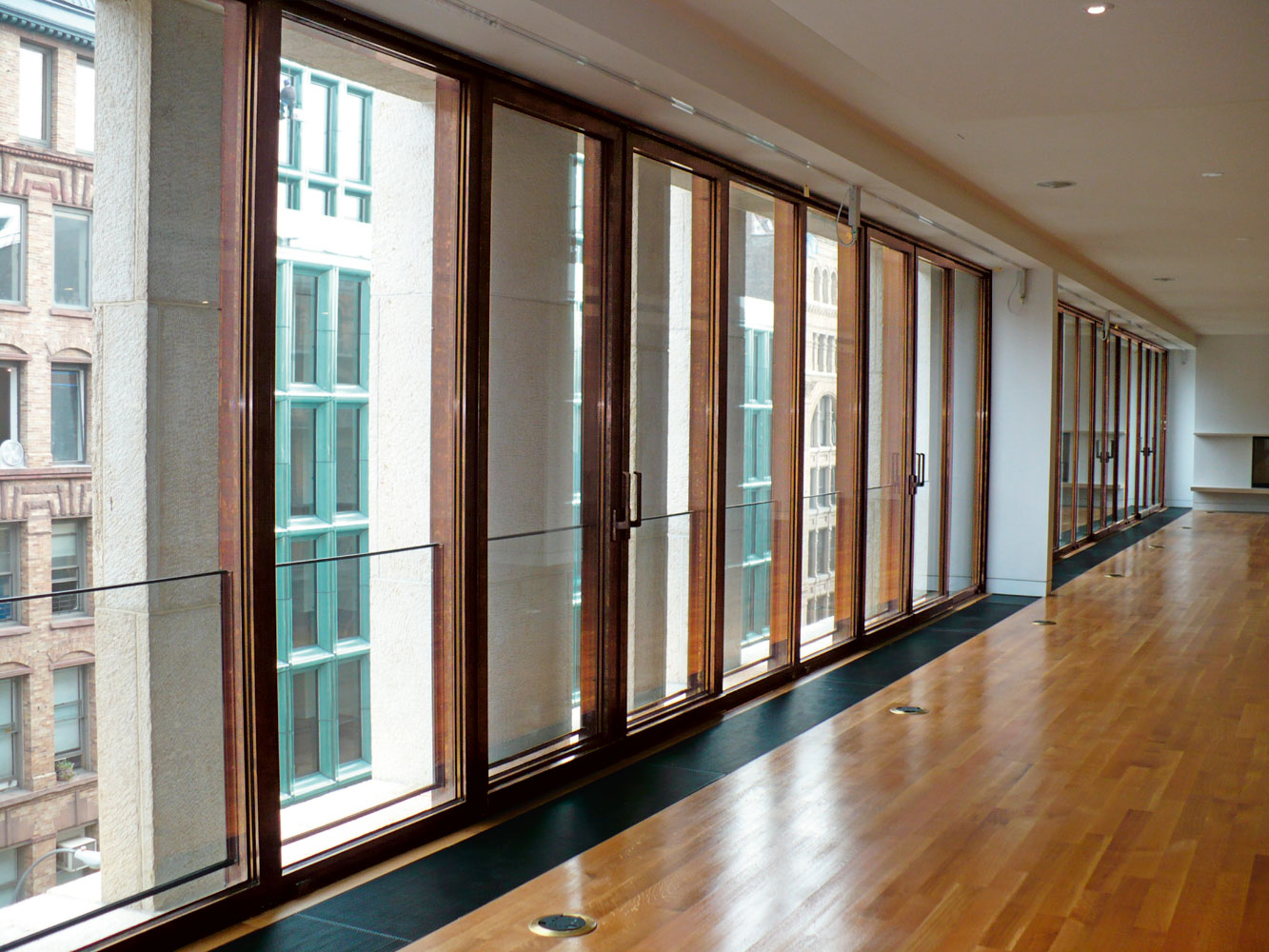 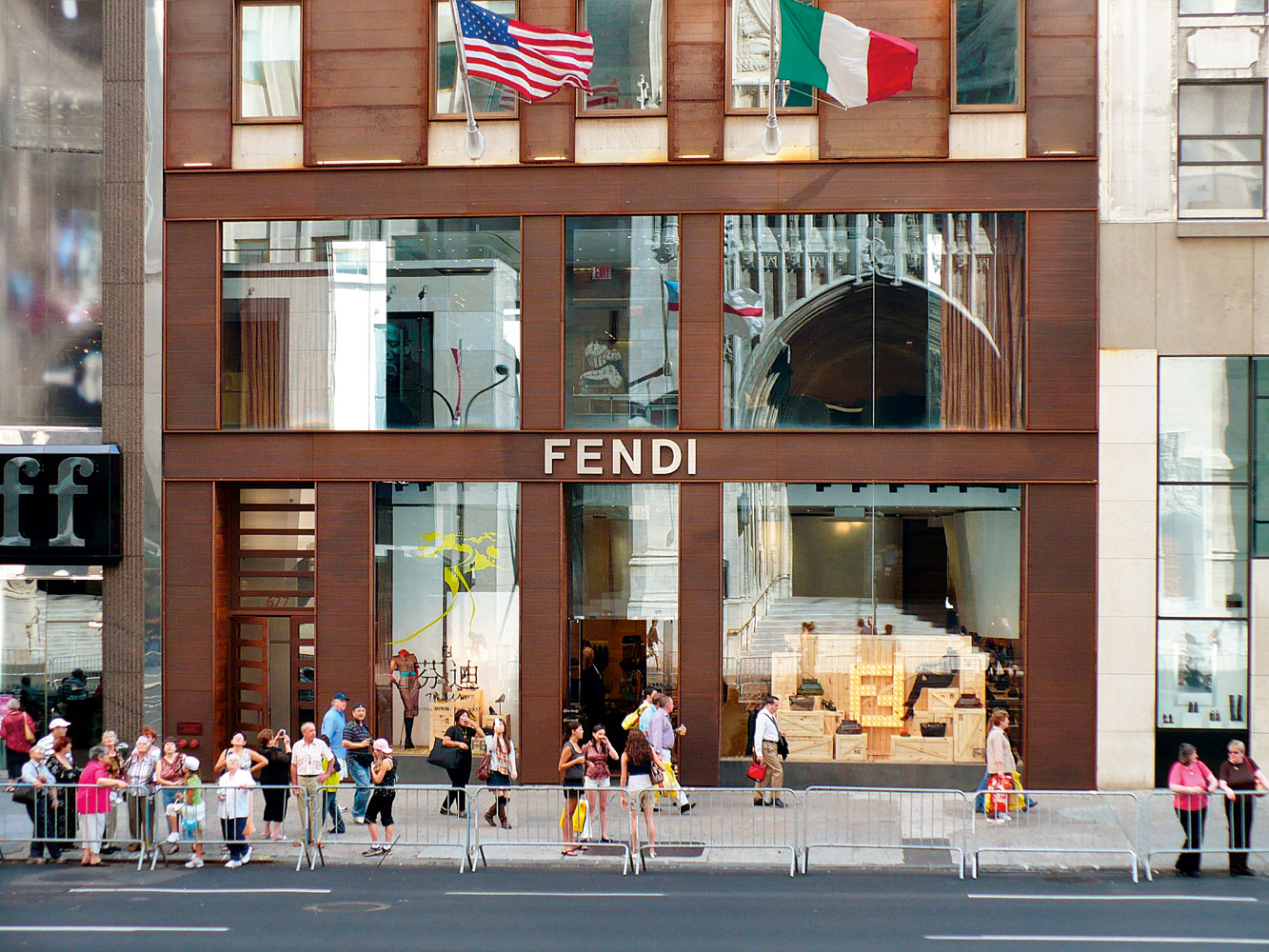 Conceived by American architect Peter Marino and situated at 677 Fifth Avenue in New York City, the Fendi Store is one of the projects that best demonstrates the breadth of Astec’s capabilities and expertise. Astec’s custom-made Cor-ten waxed steel façade is complemented with Astec’s architectural bronze fenestrations.
The principal façade of the building is manufactured by Astec and presents a metallic cladding in waxed, Cor-ten steel, fashioned in a bold, pleated effect with perforated accent panels, making this one of the most striking, eye-catching buildings in the world. From the third to the seventh floor, Astec’s extruded architectural bronze windows in a W65 profile were selected.
From the third to the sixth floor, ABX® W65 bronze windows were used to surround the offices. Even the illuminated sign is Astec’s work, made with letters made from pleated stainless steel.