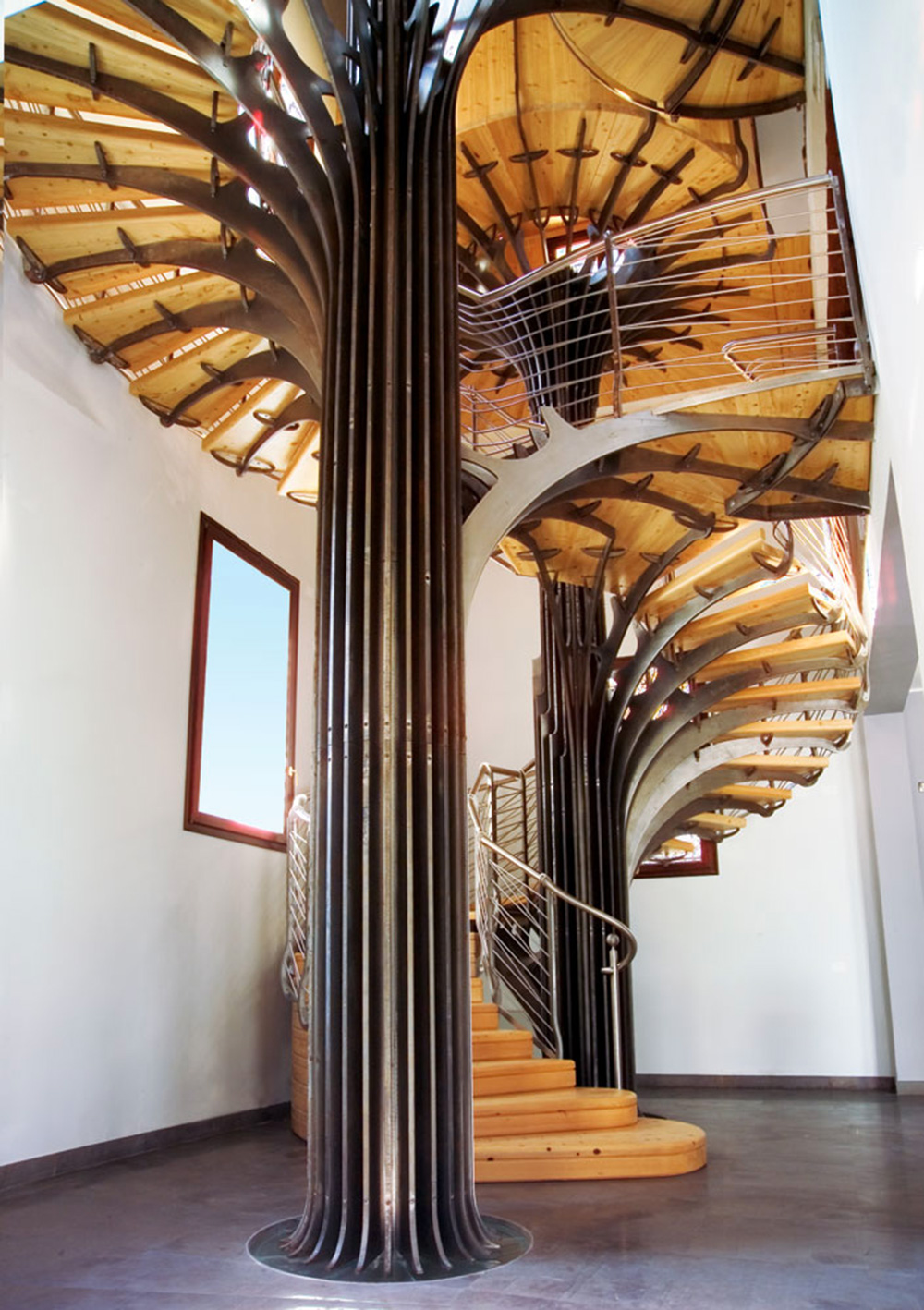 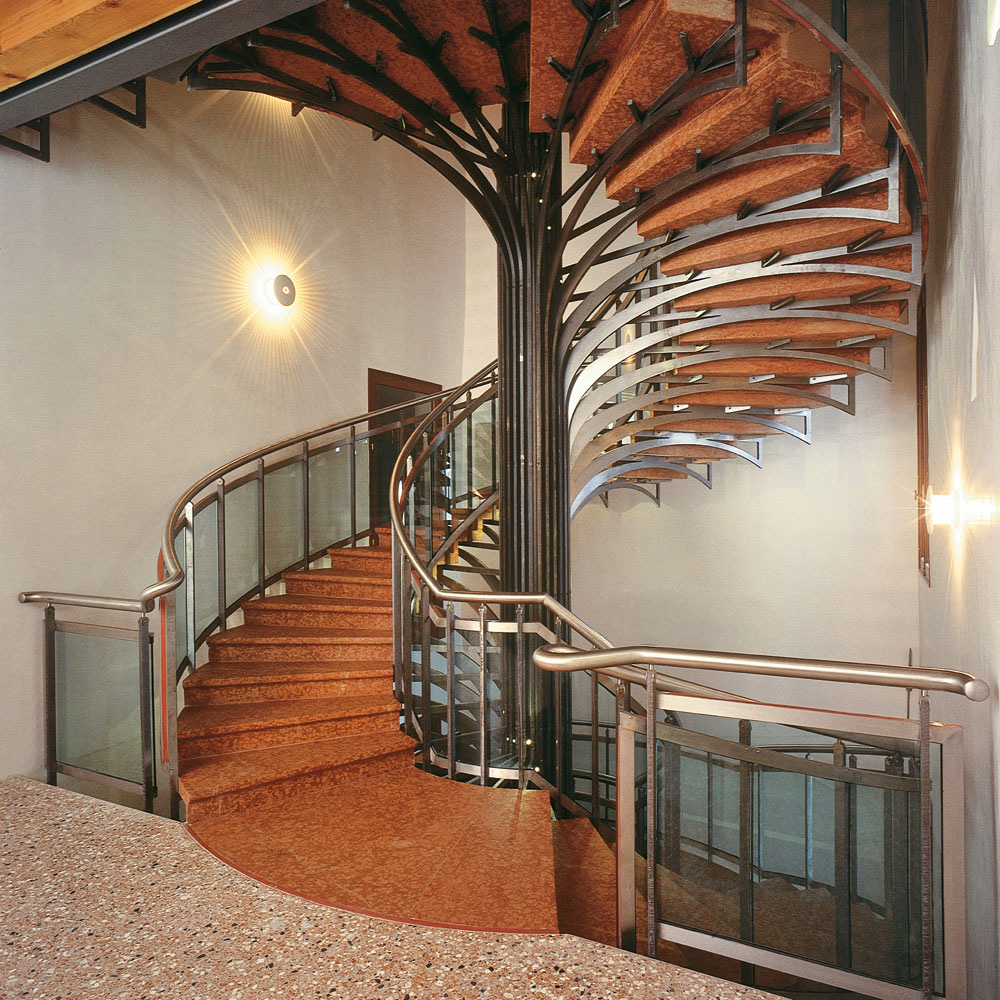 Astec fabricated the iconic staircases by Paolo Portoghesi, an Italian architect, theorist, historian, professor and dean of architecture. The staircases are called “L’Albero della Conoscenza” or “The Tree of Knowledge” and two of them were made – one for a university and the other for a bank.
The architect acknowledges in his writings that a determinative aspect of realizing the staircase in the form of a tree involved consultation with the artisans of Astec: “I chose iron, and of the tree I also wanted to evoke the curving lines of branches. In deciding on the method of assemblage, a determinant aspect was the dialogue with the craftsmen (I use this word although I should perhaps say the representatives of a small but highly efficient industry named Astec . . .). After having meditated at length on geometry and the principles of organic growth that was to preside over the configuration we (together with Astec) decided to exclude welding and use screwing as a system of dry connection. With this method we could count on precise dimensions not only of the parts but also of the whole, by eliminating that factor of variability which is inherent to the technique of welding. The very simple structure is based on a cylindrical pipe of constant thickness around which wind the individual branching elements, which vary in thickness on each level. The plates were cut by laser, leaving on the cut surfaces the roughness deriving this technique. The resemblance to a tree, or plant, also influenced the definition of the details, such as the little shelves that confer stability on the steps in the stairway, built of red Verona marble, and the configuration of the pipe that serves as raining, bending in a curve.”