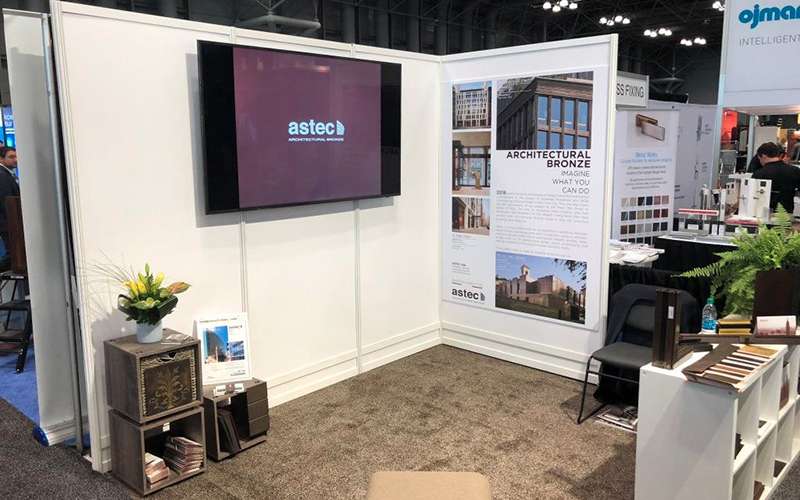 Astec USA took part in A’18 Conference on Architecture, the yearly conference that the American Institute of Architects (AIA), has held for over 150 years. This year was very important because it was the first time in 30 years that the conference was held in New York City. Astec attended and exhibited with its own booth at the 3-day event at Javits Center to introduce its products to both the American and International marketplace. The response to our product line was extremely positive and we met many architects with beautiful projects who took great interest in Astec’s specialty works in metal and bronze or copper alloys for facades, claddings, curtain walls, windows and doors for prestigious projects world-wide. They learned, among other things, that Astec works in all sorts of noble metals, not only bronze, for projects luxury villas and private residences, retail stores, restaurants, hospitality buildings, corporate headquarters, museums, airports and religious or educational institutions. Astec representatives were particularly gratified when one architect from Texas had marveled about the bronze curtain wall Astec made for the Museum of Bastia, France, which he had visited three weeks before A’18. He exclaimed: “That amazing curtain wall was made by you guys!?”