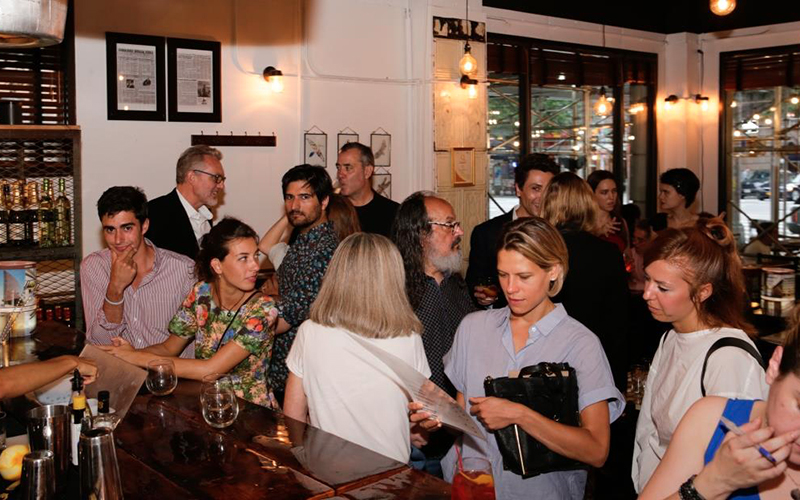 Astec hosted a special dinner in New York to honor Luigino Gobbo, one of the founders of Astec, and celebrate the expansion of the company in the US market, with the appointment of Patrick Rona as CEO of its U.S. subsidiary, based in Brooklyn, New York, and talk about the new projects and activities that Astec is undertaking throughout the United States.

Many talented architects from firms in New York and architecture schools in Brooklyn, Manhattan and New Jersey attended the dinner – Peter Marino Architects, Space4 Architects, SHoP Architects, Robert Marino Architects, Baumann Architecture and The Rockwell Group, as well as members of the Institute of Public Architecture, the press and gallerists. Patrick Rona introduced Luigino Gobbo and spoke about how Luigino has been a humble adviser to architects for decades, always offering value added solutions on how to fabricate beautiful architectural details in metal. Reference was made to a determinative aspect of Paolo Portoghesi’s realization of “The Stair of Knowledge,” with its curving line of branches and its mechanical method of assemblage. The Architect famously wrote about his consultations with Luigino who fabricated the iconic staircase: “In deciding the method of assemblage, a determinative aspect was the dialogue with the craftsmen (I use this word although I should perhaps say the representatives of a small but highly efficient industry named Astec … in the vicinity of Treviso).”